The Acceleration of Green Initiatives in the Industry.

The Acceleration of Green Initiatives in the Industry.

Davos Summit took place this week with Global leaders of influence all present along with Greta Thunberg skipping school again.

With recent Global phenomenon in Australia, New Zealand and Italy has even the most hardened Global Warming deniers having to take stock and start listening to Greta & Sir David Attenborough.

There is clear momentum in the industry, with the below aspects all being reported by Government, Regions, operators, retailers and manufacturers alike in the last few weeks.

The problem being everyone is blazing their own trail. With varying degrees of investment and motivation.

Are we all pulling in the same direction?

What could be achieved if our thinking was joined up?

The UK government has vowed to accelerate its climate action for transport sector by drafting new plans to end emissions from trains, planes and cars to become the first major economy to legislate for net zero emissions by 2050.

Only the RHA is calling on the government to set out a national road map to decarbonise freight over the next 25 years which respects vehicle life cycles and supports business investment.

Logistics operators are among the first to identify the benefits of switching to electric vehicles (EVs), according to FTA, with nine out of ten operators who are already using EVs planning to expand their fleets within the next three years. However, according to a new report from FTA, released today (15 January 2020), further expansion will require the government to urgently address the limitations which prevent wider adoption across the UK’s fleet.

On the 30th December 2019, FTAlaunched its 2019 Logistics Emissions Review, which includes the latest results of the Logistics Emissions Reduction Scheme (LERS), a voluntary group which seeks to improve the environmental performance of the logistics industry. During the past year, LERS members achieved an impressive 4% reduction in their greenhouse gas (GHG) emissions and decreased their average kg of carbon dioxide equivalent (CO2e) per vehicle km to 0.72, from 0.75 in 2017 and 2016.

Efficient logistics is vital to keep Britain trading. A champion and challenger, FTA speaks to government with one voice on behalf of the whole sector, with members from the road, rail, sea and air industries, as well as the buyers of freight services such as retailers and manufacturers.

The Energy Networks Association (ENA) has claimed hydrogen is the best alternative fuel option for HGV operators looking to cut carbon emissions and will play a major role in the future of heavy haulage.

A £2 congestion charge for drivers is being proposed in Cardiff as part of a £2bn, 10-year transport plan.

Cardiff council plans to charge non-residents in a bid to hit green targets and cut congestion as research said air quality is among the UK’s worst.

The UK could soon see a revolution in electric vehicle charging after the Transport Secretary announced that £3.4 million will be invested in trials for wireless charging of electric taxis in Nottingham.

Ahead of the launch of a Clean Air Zone in York city centre later this month, City of York Council has awarded more than £1.6 million in funding to five bus companies to help them to make their vehicles more environmentally-friendly.

Scotland’s infrastructure secretary has insisted that upgrading the A9 road is not incompatible with climate targets.
Michael Matheson said the £3bn project was vital to the economies of the areas it serves.

Maritime Minister Nusrat Ghani has hailed the Port of Blyth as one of the leading lights in the British maritime industry’s push for a greener, cleaner future.

Private cars will be banned from taking “through trips” across Birmingham city centre under plans to cut pollution.Vehicles will be able to drive into the city, but would have to go back out to the ring road to access other areas

In response to the decision made by Bath & North East Somerset Council today (17 January 2020) to introduce a £9 daily fee for high-emission vans and £100 for HGVs and buses, Chris Yarsley, Policy Manager for the South West at FTA, the only business group that represents all of logistics, comments:

DAF Tr Half of operators (49.6%) believe they will slash the CO2 emissions of their fleets by at least 15% by 2025, according to new research by conducted by MotorTransport and Fraikin.
While nearly one-fifth (17.4%) believe they will be able to exceed the 15% voluntary CO2 reduction target set to industry by the government in its Road to Zero strategy.
ucks has revealed it is considering selling its CF Electric into new European territories. The fully-electric 4×2 tractor, developed for distribution in urban areas with single or double-axle trailers, uses a lithium-ion battery pack with a total capacity of 170 kilowatt-hours. It has a range of approximately 100 kilometres.

Hyundai Motor Company and Kia Motors Corporation have announced a “strategic investment” of €100m (£85m) in a new partnership with Arrival, a UK-based electric vehicle startup.

Menzies Distribution has launched the first three electric vehicles into its Scottish delivery fleet as part of wider plans to roll out an electric fleet across its national network.

Microlise Fleet Telematics has been deployed by Kent-based FM Conway to support fuel economy and real-time planning for ‘next load’ across its fleet of over 220 vehicles.

DPD say 10% of its fleet (550 vehicles) will be electric by 2021.
Kuehne + Nagel has joined the Development and Climate Alliance, a group launched in Germany in 2018 to promote development and environmental protection.
The global logistics player said it joined the alliance as part of its Net Zero Carbon programme, which intends to fully compensate CO2 emissions it can’t avoid.

Nicholls Transport has opened a refuelling station for pumping liquified gas (LNG) from its Kent base. It will be used to support an initial order for 10 IVECO Stralis NP 460 6×2 tractor units from local dealer Haynes Trucks. 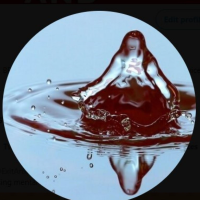 Scouring the Web for the latest in Transport News. Credits to original sources included on links.